It’s a long while since the last time I wrote in this blog, so there are so many thing to say that I don’t know from where to start. 2017 was a year full of new things and changes and I was so absorbed by them that I completely neglected this blog. 2017 wasn’t a fruitful year for language learning, but I can’t say that my Japanese didn’t improve at all. I devoted most of the time to learning new words through reading articles, novels, etc. and I believe that my vocabulary has somehow expanded. Even though I tend to forget most of the words I write down in my notebook, reading more extensively than before helps me to learn new words even if my memory is worsening ahah. My writing skills are still awful because despite the good resolutions I didn’t practiced it at all. I really need to devote more time and energies to enhance my writing skills. To make up for it, I practiced my listening skills by watching dramas lol Here are the one I watched in 2017:

I wish you a wonderful 2018, hoping that will ne fruitful for language learning 🙂

So much time has passed since the last time I wrote a post in this blog.

I still remember the period I started sharing my Japanese learning journey here. At that time I was a high school student who decided to write a blog to write about my passion for Japanese and language learning.

However, a lot of things has changed since that time. Japanese learning still plays an important role in my life, but the vibes I used to feel in the past has disappeared. I feel that in the last year I started waling away from the innocence of youth and approaching adulthood. Living in a different city, starting university life and pursing an internship for the first time made me face reality realize that fulfilling a dream isn’t easy. Even though I have dreams, now I wonder if they will become true. I’m split into two halves. A part of me gives me the energy and motivation to go ahead and to work hard to get closer to my ambition, but then there is the other part makes me fear that my dreams are just illusions: sometimes, you sacrifice other things to reach a goal, but it may happen that the result of all the things you give up and of your efforts to reach your dream won’t be what you expected.

I just hope that the positive feeling will prevail and that I can go back to those feelings.

The other day I came across this Chinese poem:

Its last verse made me think… The heart of the poem is that peach flowers keep blooming and releasing their scent every year in the same way, but while flowers don’t change, human being change. However, I like to think that it conceals the meaning that even if the flow of events makes people change, their heart doesn’t change, and they can go back to their former state of mind, feeling the same emotions and preserving what makes who they are… 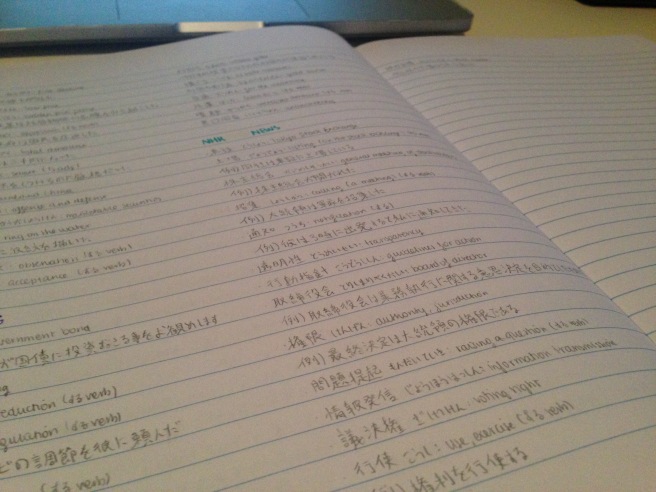 After spending almost a week reading novels, I’ve decided to spend the rest of these shirt holidays reading a news a day to build my knowledge of techical vocabulary up. In the past, I used to read news about different topics at the same time, but these days I’m trying to focus only on a specific area so that I can learn news words while consolidating the vocabulary related to the area.

These days I’m putting more effort in trying to enhance my writing and speaking skills, too. The other day I tried to translate an article from English to Japanese (which was exhausting @_@). The result is awful lol but I’m glad to have challenged myself to do something more difficult than what I usually do because it forced me to look for the appropriate structures and words to use. As for speaking, I talk everyday to myself in Japanese for abput 10 minutes, and I have to admit that practicing speaking actually works to improve speaking skills ahah

This week marked the end of the first semester (actually it officially finishes on 31 January, but as I don’t have more exams I consider it over lol)

These first months of university passed really fast. When I think about it, I can’t believe that so much time has passed since I moved to a new city and started this new journey. Now that I have time to reflect carefully on the past months, I consider them as a period of transition: I had to get used to different rhythms, different amounts of work, different daily schedules, different people, different places. At first I felt disoriented and scared, but eventually I started settling into this new life.

Also my Japanese learning journey has been influenced by these changes. Even though I can’t say that my Japanese hasn’t improved, I feel like I could have worked harder to enhance my proficiency, especially as for writing and speaking. I think that in these months the area I have made more progress is listening, which I basically practiced every day. But I regret the fact that I haven’t worked hard enough to improve my reading skills, thus these days that I haven’t nothing to do I’m planning to focus on reading. I especially want to read novels more often, considering the fact that so far I read less than a half of 花の鎖 D:

One of my aims for the next semester is to revitalise my Japanese blog. Yesterday I changed the theme and the title and deleted all the pasts articles. I’m not so unrealistic to say that I will update it weekly, but at least I’d like to write a new article once a month. Since I deleted the past articles, I have something to write in the first post, a 自己紹介 xD

Let’s start the new year with a 2017 resolutions post

Despite all the resolutions to improve my writing skills I still lack in this area ahahah D:

Even though I can write about general topics using common grammar structures and words, I still have many difficulties in writing about more specific stuff in a formal register.

So these days, , I try to spend some minutes a day reading a report about a technical topic to learn some new words and to understand what kind of expressions and grammar structures are used in these cases. 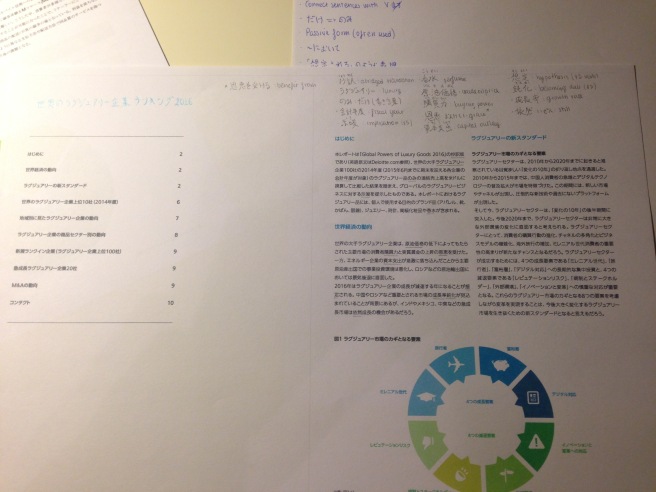 As for the topic, I’ve decided to pick something related to my studies so as to improve Japanese while learning more about the field I’m majoring in. There are still so many things to learn xD

As you can see from the picture, I note down the translation of unknown words during the first reading, and during the second reading I pay attention to the expressions and the language used. This afternoon I also found this useful website, which provides very interesting information about the structure of essays, reports, etc and the expressions you should use while writing them. I think I will read it more accurately writing down some notes as soon as all exams are over ahah And then I’ll try to write something by myself .